Of Food and Films

There are foodies and there are film buffs. And when these two passionate groups of people fuse into one, they eat their way through films.

We see it at San Sebatián of Spain, in which a special section within its annual film festival, is simply called “Culinary Zinema”. 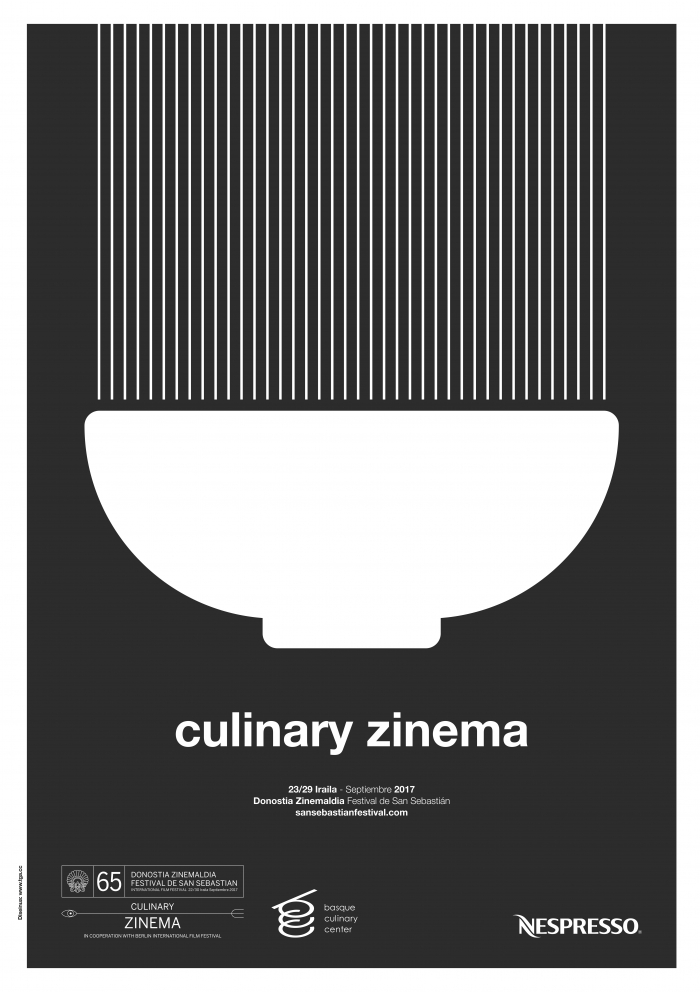 Culinary Zinema is a non competitive section created in collaboration with the Berlin International Film Festival and organised jointly with the Basque Culinary Center with a view to uniting cinema, gastronomy and the development of numerous food-related activities in the fields of education, science and agriculture.

The programme each year includes a handful of culinary-themed films and each film’s screening is paired with a dinner menu specially created by invited chef(s), based on inspiration from the film.

For instance, at the 2017 edition, one of the films presented, Ramen Heads, was a documentary on the making of Japanese ramen.

After the film’s screening, Osamu Tomita, himself the star of the movie, presented a theme dinner at the Basque Culinary Center for the paying audience.

Here is an introductory video on Osamu Tomita made by the Center:

And of course, it is no coincidence that the unique film and food appreciation programme takes place within the film festival in this relatively small city- San Sebastion, a city with population of less than 200,000, is home to 9 restaurants on the Michelin Guide.

The 2017 edition of the Culinary Zinema was just held in September. If one is intending to travel to the city to watch/eat the films, he will have to wait 11 months. The good news is, Culinary Zinema has another edition that is taking place in the city of Berlin, as part of the Berlin Film Festival, between 18 and 23 February 2018.

What do you want on your Fried Rice? Or do you pre

How do you like your fried chicken? #sgfood #food

Load More...
This error message is only visible to WordPress admins


Error: API requests are being delayed for this account. New posts will not be retrieved.